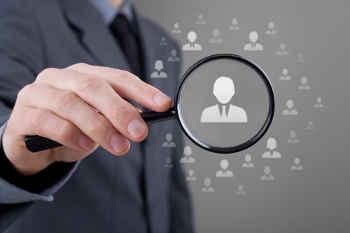 In previous articles, we’ve discussed the importance of solid social media policies. Creating policies for employees is important for all small business owners; policies create guidelines and give all parties an idea of what’s expected.

But, perhaps more important than the creation of the policy itself is your enforcement of it. Employers who fail to follow through on guidelines they create, or fail to follow through consistently, could face trouble. This became clear in a recent federal court decision, Redford v. KTBS, LLC, 2015 WL 5708218 (W.D. La. Sept. 28, 2015).

In this case, the court sided with an employee on the grounds of employment discrimination due to an employer’s uneven enforcement of a social media policy.

The employer under review was KTBS, a television station in the state of Louisiana. KTBS’s social media policy strictly instructs all employees to ignore viewer complaints on social media, specifically to not respond. As a result, when crime reporter Chris Redford – a white male – posted a negative comment on his Facebook page in response to a viewer’s comment, he was fired.

After the termination took place, Redford sued the television station for race and sex-based employment discrimination. During the case, he referenced the station’s treatment of two other employees – an African-American female who was warned multiple times for responding to viewer complaints before she was fired on the same day as Redford, and a white female who responded negatively to a viewer’s comment without receiving warnings or disciplinary action.

The station argued that, in the second case referenced, no action was taken because the comments were posted on a personal account set to private, and therefore not visible to the public, whereas Redford’s page had no privacy filters turned on. In the end, the court sided with Redford.

The takeaway from this case is that social media policies have a place and are important. But, consistent enforcement is just as important.

Does your business have a social media policy in place? Do you have questions about enforcing that policy? If so, now is the time to speak with an experienced business law attorney, like Michael Hynum of Hynum Law in Harrisburg, Pennsylvania.

Call today to set up a consultation. We look forward to working with you.

We invite you to become one of Hynum Law’s satisfied clientele.

Discover the reason Hynum Law is setting the standard for reliable legal representation in Harrisburg and the surrounding areas. Contact our offices today at (717)774-1357 , Monday-Friday from 8:30-5:00.